Misanthropology: A Florilegium of Bahumbuggery, Reneau H. Reneau Published: 11/03 and A Newer Testament: Misanthropology Unleashed Published: 10/08 I read the latter first and the first later. The ... Volledige review lezen

Mis-Anthropology takes the reader through an extremely unique compilation of conversations, songs and sermons. Reneau is quite a creative story-teller, and I had no idea what was coming next because ... Volledige review lezen

Eduardo Humberto del Río García was born in Zamora, Mexico on June 20, 1934. After graduating from secondary school, he worked as a messenger and a cashier, sold soap and finally landed a job answering phones in a funeral home. He was recruited by Ja Ja, a humor magazine, after his doodles were noticed by a mourner who was familiar with the magazine's editor. He adopted the pen name Rius. He wrote more than 100 graphic nonfiction books including Marx for Beginners, The Dictionary of Human Stupidity, The True History of Uncle Sam, 100 Proposals to Save What Is Left of Mexico, Hitler for Masochists, The Stomach Is First, The Manual of the Perfect Atheist, The Pitiful Presidents, and Would Jesus Christ Have Been Catholic? He also wrote the comic books Los Supermachos and Los Agachados. He founded the Mexican Workers Party's magazine Popular Insurgency. He died from complications of prostate cancer on August 8, 2017 at the age of 83. 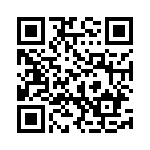