Daniel Tobin is professor of writing, literature, and publishing at Emerson College. He is the author of three books of poetry as well as the critical study Passage to the Center: Imagination and the Sacred in the Poetry of Seamus Heaney. 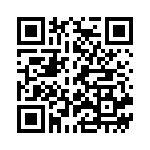