Pagina 132
In Again , when Finow went to perform the the third month — about the beginning of ceremony of toogi at the grave of his April — the Xochemanqui , or those who father at Mafanga , the burial - place of the traded in flowers , celebrated ...
Pagina 133
During it they eighteen , for her parents to seek a hus- held in their hands the beautiful yellow band for her , and , having found one , to flowers called by the Mexicans cempo- request the permission of the tehantio- ralxochitl .
Pagina 134
Flowers and garlands , according to about the gok - bandeema , the consecration Sir J. Emerson Tennent , are introduced of trees , by means of wreaths of leaves , to in their worship to the utmost extent . different demons to insure ... 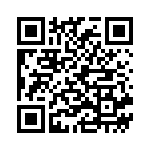