Pagina 253
... Thus saying , he extended his hand to Edward with the utmost courtesy , who could not , had he desired it , have avoided rendering him the homage which seemed due to his rank , and was certainly the right of his birth .
Pagina 256
answered Charles Edward ; ' and that you may hold a rank in some degree corresponding to your name , allow me , instead of the captain's commission which you have lost , to offer you the brevet rank of major in my service , with the ...
Pagina 415
And if , ' said Waverley modestly , ' there were a situation in life which would put Miss Bradwardine beyond the uncertainty of fortune , and in the rank to which she was born , would you object to it , my dear Baron , because it would ... 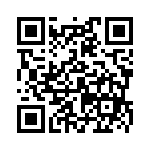