Cixous has written a prose poem tying together the life experiences across time, space, and ideological boundaries of Russian poet Osip Mandelstam, who died in a prison camp in the 1930s, and South ... Volledige review lezen

Born in 1937 in Algeria, Helene Cixous came to Paris, where she is currently professor of English, in 1955. After a dissertation on James Joyce, The Exile of James Joyce (1968), she began to publish novels, critical essays, and plays, most notably Le Portrait de Dora (1976), a feminist retelling of a Freudian case history. Jacques Derrida has named Helene Cixous the greatest contemporary French writer. Cixous has been an active participant in the development of literary criticism after structuralism and has been a leading figure in the French feminist movement. 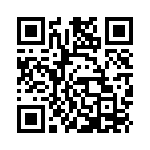