Pagina 245
... organizations for Moslems and Hindus ; . . . they are possessed with the idea
that what differentiates Hindus and Muhamedans is merely religion , and
differences of religion should not interfere with the consideration of political
problems .
Pagina 248
Their interests have been sadly neglected of late years in the turmoil of politics ,
and it is time that , while giving politics and ... Indian political progress , let us
frankly face the fact that British supremacy alone holds India together , and that
such ...
Pagina 415
Unrest , political , 228-248 ; HinduMoslem disturbances , 236 et seq . Indian
National Congress , 231 ; Muhamedans and , 231 Industrial Revolution , the ,
187 Industry , Politics and Public Opinion , 178-188 Inge , Very Rev. W.R. , Mr. 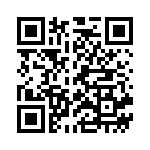