Michael Giordano is a professor of French in the Department of Classical Languages, Literatures, and Cultures at Wayne State University. 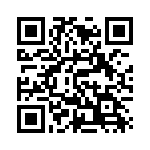