Romain Garbaye is Maître de Conférences at the Université Paris IV-Sorbonne. He obtained his DPhil in Politics at the University of Oxford, and he has held a Jean Monnet post-doctoral fellowship at the Robert Schuman Centre for Advanced Studies at the European University Institute in Florence. He has published several journal articles and book chapters on the politics of ethnic minorities in European cities. 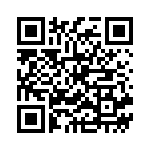