This book is filled with historical biographical and overall very informative material pertaining to psychism clairvoyance and mediumship abilities practices and practitioners. Good coffee table book that will make for interesting conversation for those with little knowledge of the occult. Volledige review lezen

As one of the world's foremost experts on the occult and Wicca practices, Raymond Buckland studied and practiced fortune telling, Witchcraft, Gypsy magic, and other aspects of the supernatural for more than half a century. Of Romany (Gypsy) descent, Buckland was born in London in 1934. He obtained a doctorate in anthropology and, in 1962, moved to America. His spiritual quest led him to the works of Wicca pioneer Dr. Gerald Gardner. Before long, Buckland began serving as Gardner's spokesperson in the United States and was initiated into the Craft shortly before Gardner's death in 1964.

He had nearly 40 titles published, including The Witch Book, The Fortune-Telling Book, and the classic Buckland's Complete Book of Witchcraft. Buckland was also the subject of and had written countless newspaper and magazine articles, appeared on many television and radio shows, and lectured on college campuses nationwide. 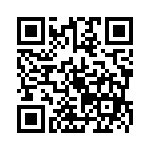