This is a very interesting book, and one not well know to many outside France. Ellul is one of the few philosophers who devoted much of his life to the understanding of technology as a stand-alone ... Volledige review lezen

Jacques Ellul was a French philosopher and Christian anarchist. He served as professor of history and the sociology of institutions on the Faculty of Law and Economic Sciences at the University of Bordeaux for many years. Although he was trained as a sociologist, Ellul is considered a philosopher with a particular interest in technology and the possibility of technological tyranny. He is said to have coined the phrase "Think globally, act locally." Among his books are Propaganda, The Political Illusion, The Theological Foundation of Law, The Meaning of the City, and many others. Jacques Ellul passed away in 1994 at the age of 82. 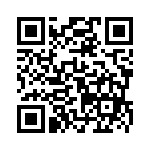