A. J. (Ab) Hoving is the senior restorer of the Navy Collection in the department of Restoration and Conservation at the Rijksmuseum in Amsterdam and a recognized expert on historic Dutch shipbuilding methods. 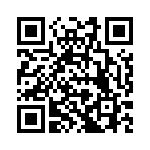