Pagina 44
This is that portion , also , where in the spring , the ice being warmed by the heat of the sun reflected from the bottom , and also transmitted through the earth , melts first and forms a narrow canal about the still frozen middle .
Pagina 63
The last could never have been the symbol of his death , for he confessed to me that , though he had heard of Brister's Spring , he had never seen it ; and soiled cards , kings of diamonds , spades , and hearts , were scattered over the ...
Pagina 71
17 SPRING The opening of large tracts by the ice - cutters commonly causes a pond to break up earlier ; for the water , agitated by the wind , even in cold weather , wears away the surrounding ice . But such was not the effect on Walden ... 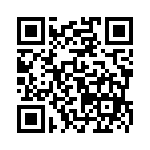