Pagina 73
Many a time . he has laughed , in his jovial , rollicking manner , at the preposter- ous reputation for learning a ... The Latin of Cicero and Virgil was congenial and easy to him , and he learned more of it than the required portion .
Pagina 75
He learned it at town - meetings , in the newspapers , at his father's house , among his neighbors , on election days ; he learned it as an intelligent youth , with a passionately loyal father and mother , learned the history of the ...
Pagina 560
tieth year he had arrived at some singular notions as to the uses of learning . On the 20th of January , 1749 , he writes to his mother : " I found out that books , indeed , would make me learned , but never make me a man . 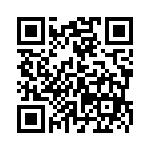