Pagina 50
two diverse languages , upborne by a nearly equal civilization , -the partial superiority of that of the Normans being more than counterbalanced by their inferiority in numbers , — under the government of political circumstances ...
Pagina 212
A large minority , then , one so nearly equal to the majority that it could hope to win in a regular parliamentary fight , does not need any bulwarks for its protection which it does not possess in abundance already .
Pagina 682
of his last days and his burial , 118 , 119 - his magnitude and love for vast things , 119 , 120 — his character not equal to his genius , 120 , 121 . Whipple , Edwin P . , his Character and Characteristic Men , critical notice of ... 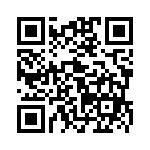