Neils Clark lives in Indianola and works in Redmond, Washington. He has lectured at DigiPen, and his work has appeared in BusinessWeek and PC Gamer Magazine. He was an invited speaker at the 2008 Games for Health conference in Baltimore. P. Shavaun Scott is a practicing psychotherapist and has been active in the treatment of game addiction for more than a decade. She has been a guest on NPR and BBC Canada, interviewed by PC Gamer Magazine and MSNBC Online, and has written for numerous clinical publications. 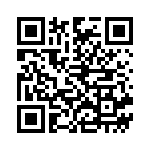