Pagina 135
The subplay - that is to say , the dream - within - the - dreamfalls into two parts :
first , the dumb show , which depicts what , according to the ghost , actually
happened ; and second , the play as written by Hamlet . A dream that falls into
two ...
Pagina 353
Thus , with the cards heavily weighted in favor of ghosts , it is not surprising that ,
according to Kirsch , the tragedy is the account of a young man who , instead of
becoming independent of his father ' s influence , is poisoned by him and thereby
...
Pagina 522
What Walker does , however , is to ascribe the same psychological importance to
success as he does to the genius ' unique endowment : both , according to him ,
are prerequisites of undisturbed output . The audience must echo the playwright
... 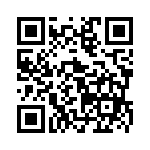