Greg Barton is the Herb Feith Research Professor for the Study of Indonesia, Faculty of Arts, Monash University, Australia.

Paul Weller is Professor of Inter-Religious Relations at the University of Derby and Visiting Fellow in the Oxford Centre for Christianity and Culture at Regent's Park College, University of Oxford, UK. 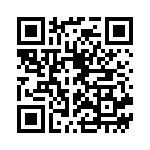