Sergei Kopeikin studied general relativity at the Department of Astronomy of Moscow State University, Russia. He obtained his PhD in relativistic astrophysics from Moscow State University in 1986, where he was then employed as an associate professor. In 1993, he moved to Japan to teach astronomy at Hitotsubashi University, Tokyo. He was an adjunct staff member and thereafter visiting professor at the National Astronomical Observatory of Japan. In 1997, Professor Kopeikin moved to Germany and worked at the Institute of Theoretical Physics of the Friedrich Schiller University, Jena. Three years later he accepted the position of a professor of physics at the University of Missouri, Columbia, USA.

Michael Efroimsky is a research scientist at the United States Naval Observatory. His research focuses on celestial mechanics and solar system studies. He received his Ph.D. from Oxford in 1995 and he subsequently worked at Tufts, Harvard, and the University of Minnesota. An experienced teacher, having taught numerous courses to Harvard and Tufts students, Dr. Efroimsky is in a unique position to convey this complicated topic to interested readers."

George Kaplan was a staff astronomer at the U.S. Naval Observatory in Washington, D.C., from 1971 to 2007, and now works as an independent consultant. He received his PhD degree from the University of Maryland, USA, in 1985. His professional interests focus on the fi eld of positional astronomy, both its observational and theoretical aspects. His work includes publications in astrometry, celestial reference systems, solar system ephemerides, Earth rotation, navigation algorithms, and astronomical software. Dr. Kaplan is currently the president of Commission 4 (Ephemerides) of the International Astronomical Union. The minor planet 16074 is named in his honor. 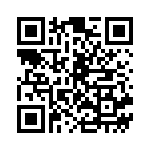