Page
Taking advantage of China's defeat by Japan in 1895, the Russians slowly took
control of China's Manchurian provinces. In response to the threat posed by the
establishment of foreign spheres of influence in China, in 1899 Secretary of State
...
Page
scene, the clash of American and Russian interests in China was complemented
by a diplomatic rapprochement between Britain and the United States. Thus, the
major factor that had made possible relatively good relations between the ...
Page
On January 15 he informed the American ambassador in Tokyo, Roland S. Morris
, that if it became necessary to occupy Vladivostok and the Chinese Eastern
Railway, “Japan asks that this task be left to her alone.”16 The Wilson
administration ...
Page
China, which attempted to preserve China's independence and territorial integrity
, as well as the right of all nations to trade with and invest in China. Japan had
already taken advantage of the war in Europe to force China to accept twentyone
...
Page
The Chinese and Italians also sent detachments to Vladivostok. The scale of the
Allied intervention clearly had become more than Wilson had intended, though it
still was far short of the size desired by the Allies. More ominously, the Japanese
...
Suivant »

Do we need another book on the Cold War? It depends on who you are: If you have been following the voluminous literature over the past couple of decades, then Powaski's book has little new to offer ... Consulter l'avis complet

Ronald E. Powaski is the author of March to Armegeddon: The United States and the Nuclear Arms Race, 1939 to the Present. He is Adjunct Professor of Special Studies at Notre Dame College of Ohio. 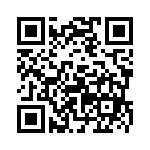