Pagina 4
''I don't suppose it's a matter of national importance, anyway,'' Keller said. ''My wife's attached to the animal and I'd like to recover him if it's possible, but I've a feeling he's not to be found. My name's Gordon, by the way.
Pagina 7
... anyway? If he used the gun, he'd be too close to miss. You got in close, you pointed, you fired. It wasn't rocket science, for God's sake. It wasn't neurosurgery. Anyone could do it. He replaced the spent cartridge and put the ...
Pagina 9
Not right away, of course; they'd have to start out in the duplex, but that's what they could aspire to, a Dutch Colonial with that odd kind of pitched roof. What did they call it, anyway? Was that a mansard roof, HIT MAN 9.
Pagina 10
did they call it, anyway? Was that a mansard roof, or did that word describe something else? Was it a gambrel, maybe? He thought he ought to learn these things. You saw the words and didn't know what they meant, saw the houses and ...
Pagina 11
Anyway, I think I knew before then. I think I knew the minute you walked in the door.'' ''Let's get that coffee,'' Keller said. They went into a place called the Rainbow Diner and had coffee at a table on the side.
Volgende »

Mystery, detective and hardboiled type novels usually aren't my cup of tea. After reading Block's Hit Man, I still maintain my position there, but it was enjoyable enough. My wife's uncle gave it to ... Volledige review lezen

The worlds most boring hitman - the most interesting thing about it being that he manages to be both phlegmatic and neurotic at the same time. I think it would've been more entertaining if the Hitman ... Volledige review lezen

Pagina 215 - On one level, when your job involved dealing regularly with life and death, how could you care if some overpaid steroid abuser had a touchdown run called back? And, on another level, you saw unorthodox solutions to a team's problems on the field. When Emmitt Smith kept crashing through the Minnesota line, Keller found himself wondering why they didn't deputize someone to shoot the son of a bitch in the back of the neck, right below his starcovered helmet. Still, it was better than watching golf,...
Komt voor in 6 boeken vanaf 1992-2003
Pagina 55 - I had this dream," Keller said. "Matter of fact I wrote it down, as you suggested." "Good." Before getting on the couch Keller had removed his jacket and hung it on the back of a chair. He moved from the couch to retrieve his notebook from the jackefs inside breast pocket, then sat on the couch and found the page with the dream on it.
Komt voor in 14 boeken vanaf 1938-2007
Meer
Pagina 68 - Thou art Peter, and upon this rock I shall build My Church, and the gates of hell shall not prevail against it.
Komt voor in 14 boeken vanaf 1900-2002
Pagina 219 - It's sort of important," he said. "One of the things the client buys," she said, "is confidentiality. That's what he wants and it's what we provide. Even if the agent in place — " "The agent in place?" "That's you," she said. "You're the agent, and Dallas is the place. Even if you get caught red-handed, the confidentiality of the client remains uncompromised. And do you know why?" "Because the agent in place knows how to keep mum." "Mum's the word," she agreed, "and there's no question you're the...
Komt voor in 5 boeken vanaf 1992-2002
Pagina 221 - Plains, and thus to Keller, could be expected to cast a cold eye on any suspicious death. So it would have to be a damn good accident, but Keller had managed a few of those in his day. It took a little planning, but it wasn't brain surgery. You just figured out a method and took your best shot. It might take some doing. If, as he rather hoped, the client was some business rival in Houston or Denver or San Diego, he'd have to slip off to that city without anyone noting his absence. Then, having induced...
Komt voor in 5 boeken vanaf 1992-2002
Pagina 30 - ... venerable Dr. Beecher, the father and founder of the Beecher house of clergy, declared he could tell of a minister who, having preached in his parish for fifty years, became the patriarch of the village, and once when a lecturer came there to speak, whom he thought the people ought not to hear, he went out and walked up one side of the street and down the other, telling the people they had better not go, and every soul stayed at home.
Komt voor in 5 boeken vanaf 1902-1999
Pagina 229 - I'd have been willing to miss. I don't want to miss whatever's coming next, either, and I don't guess Dr. Johnson did either. That's what keeps us going, isn't it? Wanting to find out what's around the next bend in the river." "I guess so." "I thought that would make the end easier to face,
Komt voor in 5 boeken vanaf 1992-2002
Pagina 233 - Be well, Mike." BACK AT HIS HOTEL, KELLER took a hot bath and got a good night's sleep. In the morning he went out for breakfast, and when he got back there was a message at the desk for him: Mr. Soderholm — please call your office. He called from a pay phone, even though it didn't matter, and he was careful not to overreact when Dot told him to come home, the mission was aborted. "You told me I had all the time in the world," he said. "If I'd known the guy was in such a rush — " "Keller," she...
Komt voor in 5 boeken vanaf 1992-2002
Pagina 212 - I must have swallowed half the pool. All I have to do is think about it and I can taste vomit and chlorine." "Timothy," the woman said, and rolled her eyes. "Something to be said for plain speech," an older man said. He had a mane of white hair and a pair of prominent white eyebrows, and his eyes were a vivid blue. He was holding a glass of brandy in one hand and a bottle in the other, and he reached with the bottle to fill Keller's glass to the brim. " 'Claret for boys, port for men,' " he said,...
Komt voor in 5 boeken vanaf 1992-2002
Minder

Lawrence Block is one of the most widely recognized names in the mystery genre. He has been named a Grand Master of the Mystery Writers of America and is a four-time winner of the prestigious Edgar and Shamus Awards, as well as a recipient of prizes in France, Germany, and Japan. He received the Diamond Dagger from the British Crime Writers' Association—only the third American to be given this award. He is a prolific author, having written more than fifty books and numerous short stories, and is a devoted New Yorker and an enthusiastic global traveler. 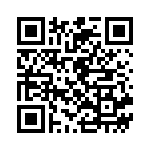