Pagina 31
It is essentially a “ Court Comedy " , dealing , as it does , with court manners , “ while the speeches of the hero , Biron , clothe much sound philosophy in masterly rhetoric ” ( Sir Sidney Lee , Life of Shakespeare , P. 103 ) .
Pagina 32
Biron , like Achitob , was a visitor to the Court : I only swore to study with your grace And stay here in your Court for three years space . The other three were , both in the book and play , permanent residents .
Pagina 76
Carried away by contemplations , he absented himself from Court in favour of the solitude of his " poor cell ” ĺt Gray's Inn , or retired to his delightful retreat at Twickenham . Other men were appointed to the offices which might have ... 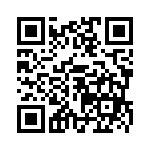