Interesting accounts of mutiny during the age of sail until after WWII. Volledige review lezen

Author and naval historian Richard Woodman was born in London in 1944. He became an indentured midshipman in cargo liners at sixteen-years-old, which resulted in a 37 year nautical career. He won the Marine Society's Harmer Award in 1978. He retired in 1997 in order to write full time. He is mainly known for his Nathaniel Drinkwater series about a captain in the Royal Navy during the Napoleonic Wars. He also writes the James Dunbar series and the William Kite trilogy, as well as numerous non-fiction works about 18th century and World War II history. He is a regular correspondent for the shipping newspaper Lloyd's List. 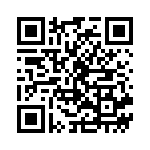