Pagina 491
DRYDEN AND BOILEAU : THE QUESTION OF CRITICAL INFLUENCE By John M. ADEN After twenty - five years A. F. B. Clark's ... to supply one segment of that need , an investigation of the question of Boileau's influence on Dryden's criticism .
Pagina 492
Although Dryden knew Boileau as early at least as 1673 , he made no critical use of him until four years later , when , in “ The Author's Apology , ” he cited Boileau , along with Aristotle , Horace , Longinus , Rapin , and “ all the ...
Pagina 500
There is little to support even Noyes ' cautious statement that “ Here Dryden merely recollects a general idea . ” 45 Dryden does , however , employ Longinus on hyperboles , by his own admission , a little later in the same essay ... 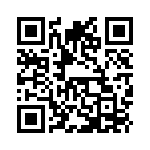