Page 7
The chairman, Senator Key Pittman of Nevada, best noted for his fondness for
silver, liquor, and profanity, cared little for the new departure of the administration,
and his committee was dominated by two staunch isolationists, William £.
Page 8
In contrast, many of the other Congressional isolationists abhorred the use of
force and favored isolationist policies to avoid involvement in foriegn wars. Many
who shared the Progressive tradition, notably Senators Robert La Follette, Jr., ...
Page 74
From the outset the administration was confident of ultimate success, and the
Democratic leaders, following the curt advice of Vice President Garner "to keep
their mouths shut," permitted the isolationists to dominate the debate.*8 Pittman ... 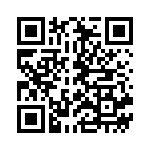