Narushige Michishita is Assistant Professor of the Security and International Studies Program at the National Graduate Institute for Policy Studies (GRIPS) in Tokyo, Japan. Previously, he served as senior research fellow at the National Institute for Defense Studies, Ministry of Defense and assistant counsellor at the Cabinet Secretariat for Security and Crisis Management of the Government of Japan. 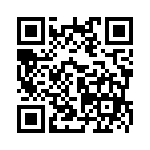