Edith Hamilton was born on August 12, 1867 in Dresden, Germany to American parents. She attended Miss Porter's School in Connecticut until her father's business went bankrupt, at which point she and her sisters taught themselves. She received a master's degree from Bryn Mawr College in Pennsylvania in 1894. In 1895, she became the first woman to study at the University of Munich in Germany. At the age of 29, she became the headmistress of Bryn Mawr Preparatory School for Girls in Baltimore, Maryland, in 1896. She retired from education in 1922 and moved to New York City. She began a career writing scholarly articles on Greek drama and myths. Her books include The Greek Way, The Roman Way, The Prophets of Israel, Three Greek Plays, Mythology: Timeless Tales of Gods and Heroes, and The Golden Age of Greek Literature. In 1957, at the age of 90, she traveled to Greece for the first time, where the city of Athens made her an honorary citizen. She died on May 31, 1963. 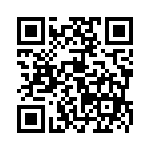