Pagina v
It appears by the register that Hamnet was buried on the 11th of August , 1596 ,
and thereupon Susanna and Judith , the poet's two daughters , became his co -
heiresses . Susanna , the eldest child of Shakspere , married John Hall ...
Pagina 122
A notion appears to have prevailed , on the first introduction of this innocent
vegetable , that it was an amorous ... that the performers who played Pistol and
Mrs. Quickly were , from lack of numbers in the company , compelled to appear
also in ...
Pagina 331
This appears to be a lapse of memory in the poet . Ćgeon Rays previously , in
his account of the shipwreck :My wife , more careful for the latter - born , Had
fastened him unto a small spare mast , Such as seafaring men provide for storms
; To ... 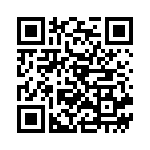