a good edition of Eliot for the casual reader: I found this edition by Penguin to be very useful for a casual reading. The notes on the poems, in particular "the Waste Land," are detailed enough to ... Volledige review lezen

Thomas  Stearns Eliot (1888–1965) was born and raised in St. Louis, Missouri, and spent many of his adult years in England. He worked for a bank while writing poetry, teaching, and reviewing, and was soon recognized as a force in the British literary world. The Waste Land confirmed his reputation as an innovative poet.


Frank Kermode is among our greatest contemporary critics. He has written and edited many works, among them The Sense of Ending and Shakespeare’s Language. 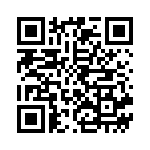