Pagina 122
As father and Herr Schmidt walked onto the stage , Karl and I applauded wildly .
All went well , with father ... At the end of the first variation , father stood up ,
whispered something to Herr Schmidt and hurried off stage . A moment later he ...
Pagina 125
Father , standing solidly with his massive arms folded across his barrel of a chest
, growled and rumbled in response . As the argument grew more and more
heated , Karl and I became more and more concerned . How long could father
hold ...
Pagina 306
tics and Leamy had not seen a rise “ Devil a bit , Father . Sure , what for a whole
week . trout would show himself ? Sky too “ Ah , ” Father O ' Dea said when clear ,
water like a lookin ' glass . Ah , Leamy had finished , “ that fish is ' twill be dark ... 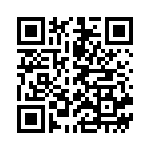