Edgar Allan Poe (1809-1849) reigned unrivaled in his mastery of mystery. Born in Boston, he was orphaned at age three, expelled from West Point for gambling and became an alcoholic. In 1836 he secretly wed his thirteen-year-old cousin. The Raven, published in 1845, made Poe famous. He died in 1849 under what remain suspicious circumstances. 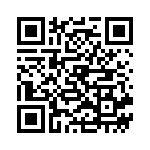