Pagina 66
The Circe legend is introduced by the Spirit , who is really the Hermes of Homer in seventeenth century dress . The two brothers are composites of the Wandering Knight , of Ulysses , of Guyon , and of Britomart .
Pagina 82
The fate of Comus ' victims is akin to that of Circe's ; he is armed , like Circe , with a cup and wand ; like Circe , he offers his victims food , revelry , and ( latently but climactically ) sexual enjoyment ; the virtues which are ...
Pagina 169
The allegory of Tempe Restored , the masque in which Alice and Lawes had once played , reads as follows : The Allegory In the young Gentleman , who Circe had first enamored on her Person , . is figured an incontinent man , that striving ... 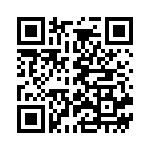