Pagina 27
Like Philomela , who had informed her sister of Tereus's crime by means of some words woven into a piece of cloth , the dishonoured Lavinia , deprived of her tongue , makes known the truth by way of writing .
Pagina 91
Shakespeare ; and he must have known it by heart . Not only do we find frequent reminiscences of it in his dramas , especially those of the earlier period , but the two poems “ Venus and Adonis ' and ' Lucrece ' drew much of their ...
Pagina 148
Probably it was known to Shakespeare , whose play is , however , based on Plutarch . To representations of Julius Caesar on the stage we have two noteworthy allusions in Hamlet , III , 11 , 104 f . , and Julius Caesar , III , 1 , 111—4 ... 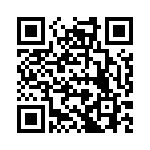