I was Born again under our Kitchen truck on the anzio Beach head in world war 2 a plane was bombing Me, the Sky was lit up brite as day, with flares, our truck had a camouflage Net over it.  He thought it was an artillery gun.  I was by a 40 gallon tank of gasoline.  He was droping personall bombs, fire and shrapnel was hitting the truck.  I was praying God drive him away, God was Blessing Me, I said let him come on.  I was brought from death to life I no longer feared death:  I heared that plan in the distance:  I started four churches.  I bought a church building in Bakersfield, California.  I Evangelized Several years.  I taped Prophecy tapes and sent out Near 2 hundred. 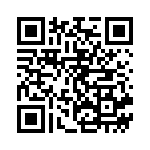