Pagina 344
After spending two days at Lord Minto's place near Hawick , he arrived on 4th
August in Melrose , and from there walked to Abbotsford . His two days ' en stay
there is described by him in a long letter dated 6th August and begun , as he says
...
Pagina 380
Do you mean fields ? ticular camp still awaited the arrival " Well , not necessarily
fields , " I of its American unit , and only ... An engineer battalion more than once
in North Africa in the arrived at a camp near Londonderry , following year . and ...
Pagina 384
Then Karoli , comabout it when you arrive in Mombasa plete with grin , arrived .
Sub started tomorrow . Cheerio , now , and look me back a pace and gasped , “
Quarterup any time you are in Nairobi . " master , what is it and where did it
Arrived ... 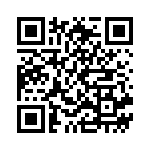