Pagina 32
Yet , I am afraid there is much truth in it — that towns , schools , and newspapers have done vast harm as well as good . We should face the unpleasant truth that civilization and education , while they sharpen the mind , often blunt ...
Pagina 33
... it to be based none the less on a vital truth ; but that education , learning , and research , instead of making men speak and write better , often make them do both worse , remains , I am afraid , a matter of simple observation .
Pagina 261
Or in the words of Michael Angelo : ' What one takes most pains to do , should look as if it had been thrown off quickly , almost without effort — nay , despite the truth , as if it had cost no trouble . Take infinite pains to make ... 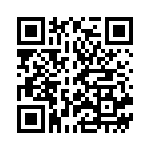