Michael Palairet was Reader in Economic History at the University of Edinburgh until retirement in 2005. His many publications focus on modern and contemporary economic development in Greece and the Balkans, including two books, The Balkan Economies c. 1800–1914, which was published by Cambridge University Press, and translated into Turkish, Bulgarian, Serbian and Macedonian, and The Four Ends of the Greek Hyperinflation, 1941–1946, published by Museum Tusculanum Press. Since retirement, he has expanded his interest into ancient and medieval Balkan civilisations. While researching this book, he stayed for long periods in his flat in Ohrid, the most beautiful town in little-visited Macedonia. 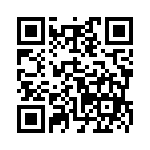