Pagina 237
My Uncle Caleb called upon us unexpectedly ; we had , I think , supposed him
dead . Since , however , he was even now extremely like the oil - painting which
once hung above the mantelpiece but at present leaned against an outhouse
wall ...
Pagina 245
Inside Families were not what they were . sat Uncle , a drink in one hand , a Ours
had disintegrated , scattered , Bakewell tart in the other , with and there was no
central bond . I several quarry workers round him touched the starter idly , while I
...
Pagina 247
Somehow Uncle was reluctant to go So he really had been turned out , there . ...
abroad and made a both Eileen and I , as Uncle's host splendid fortune , after
being turned esses , were getting slightly worn . out of the house by stern father . 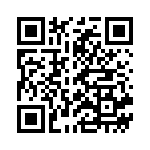