Pagina 83
The style , if not notably distinguished , is pleasant and straightforward and the
photographs , many taken by the author , will give a good idea of the island
landscape . Finally , if anyone should pick up Cyprus ' hoping for a different kind
of ...
Pagina 94
303 pp . island of a sect of religious enthusiasts ( Hutchinson . ) 155 . and their
patriarchial leader , who claim divine authority for their presence Between the
lights of London and there . The Law , appealed to by the the simplicities of a
small ...
Pagina 232
Behind him , on the island , he left all his hunters , Russian and Aleut , under their
leader , Yeafeem Popov . Pribylov's arrival at Unalaska , without his hunters and
with a load of fine furs , betrayed his secret . He brought back 2000 sea - otter ... 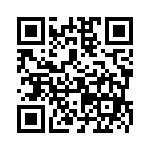