Pagina 19 - O my dove, that art in the clefts of the rock, in the secret places of the stairs ; let me see thy countenance, let me hear thy voice ; for sweet is thy voice, and thy countenance is comely.
Komt voor in 595 boeken vanaf 1611-2008
Pagina 12 - For it is a day of trouble, and of treading down, and of perplexity by the Lord GOD of hosts in the valley of vision, breaking down the walls, and of crying to the mountains.
Komt voor in 149 boeken vanaf 1770-2007
Meer
Pagina 63 - I have given them thy word; and the world hath hated them, because they are not of the world, even as I am not of the world.
Komt voor in 895 boeken vanaf 1698-2008
Pagina 69 - Their throat is an open sepulchre; with their tongues they have used deceit ; the poison of asps is under their lips: Whose mouth is full of cursing and bitterness.
Komt voor in 969 boeken vanaf 1755-2008
Pagina 151 - The soul that sinneth, it shall die. The son shall not bear the iniquity of the father, neither shall the father bear the iniquity of the son : the righteousness of the righteous shall be upon him, and the wickedness of the wicked shall be upon him.
Komt voor in 1074 boeken vanaf 1794-2008
Pagina 48 - God we are dealing with something for which there is only one appropriate expression, "mysterium tremendum."1\\t feeling of it may at times come sweeping like a gentle tide, pervading the mind with a tranquil mood of deepest worship. It may pass over into a more set and lasting attitude of the soul, continuing, as it were, thrillingly vibrant and resonant, until at last it dies away and the soul resumes its "profane," nonreligious mood of everyday experience.
Komt voor in 46 boeken vanaf 1928-2008
Pagina 23 - The criminal type is the type of strong man made sick. . . . Concerning the problem before us, Dostoevsky's testimony is of importance. Dostoevsky, who, incidentally, was the only psychologist from whom I had anything to learn: he belongs to the happiest windfalls of my life, happier even than the discovery of Stendhal.
Komt voor in 26 boeken vanaf 1896-2007
Pagina 113 - Gentle breath of yours my sails Must fill, or else my project fails, Which was to please. Now I want Spirits to enforce, art to enchant ; And my ending is despair Unless I be relieved by prayer ; Which pierces so, that it assaults Mercy itself, and frees all faults.
Komt voor in 603 boeken vanaf 1788-2008
Pagina 173 - Love a man even in his sin, for that is the semblance of Divine Love and is the highest love on earth. Love all God's creation, the whole and every grain of sand of it. Love every leaf, every ray of God's light. Love the animals, love the plants, love everything.
Komt voor in 65 boeken vanaf 1920-2007
Minder 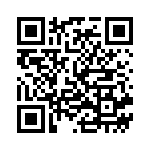