Pagina
This book originated in a course I gave three times at the Cambridge Center for Adult Education with my friend Michael Schwartz . It was in this course that I began to formulate my canon of gay fiction . Throughout the writing of this ...
Pagina 1
Several years ago , my friend Michael Schwartz and I began teaching a course at the Cambridge Center for Adult Education called “ Gay Male Fiction ” — literature ( as we put it ) “ by , for , and about gay men .
Pagina 26
Beneath the joy , of course , was anguish and beneath the amazement was fear ; but they did not work themselves to the beginning until our high beginning was aloes on our tongues . By then anguish and fear had become the surface on ...

This stunningly good book is an example of literary criticism of the old style--an arguments for what is good and not so good--applied to a field that, although in its infancy, has suffered from a ... Volledige review lezen 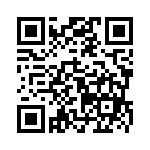