Archer, John Ferris, Holger Herwig, and Timothy Travers (all professors of history at Univ. of Calgary) have designed this work as a text for introductory college courses in military history. It is ... Volledige review lezen

All four authors are professors of history at the University of Calgary. Christon I. Archer is the editor of The Wars of Independence in Spanish America. John R. Ferris is the author of The Evolution of British Strategic Policy, 1919-1926. Holger H. Herwig is a coauthor of The Grand Illusion: The Prussianization of the Chilean Army (Nebraska 1999). Timothy H. E. Travers is the author of Gallipoli 1915. 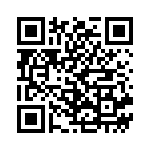