Pagina 50
So far froin fostering the opium traffie , prices of this day week . ships of war -- near 2,000 miles to the southward , at the British superintendent , captain Elliot , in 1838 , The corn trade and the crops .
Pagina 386
pl for years past , to verge on towards " free trade , ” than double the quantity supposed to be produced building is also the state library , but the short time admitting British articles at less and less duty , and , by the British ...
Pagina 403
The vessel was thus taken to a British had they to inquire at all ? If , indeed , without unligent of it . port , not voluntarily , by those who had the lawful friendly interference , and notwithstanding the fulfilThe greatest objection ... 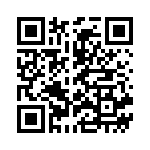