Stephen J. Ochs, the Lawler Chair of History at Georgetown Preparatory School in North Bethesda, Md., is the author of A Black Patriot and a White Priest: André Cailloux and Claude Pashal Maistre in Civil War New Orleans, Desegregating the Altar: The Josephites and the Struggle for Black Catholic Priests, 1871-1960 and, most recently, A Cause Greater Than Self: The Journey of Captain Michael J. Daly, World War II Medal of Honor Recipient. 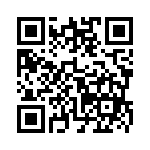