Pagina 75
Shadwell alone , of all my sons , is he Who stands confirm'd in full stupidity . The rest to some faint meaning make pretence , But Shadwell never deviates into sense . Some beams of wit on other souls may fall , Strike through and make ...
Pagina 78
To avoid these inconveniencies which disorder men's properties in the state of Nature , men unite into societies that they may have the united strength of the whole society to secure and defend their properties , and may have standing ...
Pagina 471
Only three British divisions or their equivalent were able to stand in the line with their French comrades . They have suffered severely , but they have fought well . We sent every man we could to France as fast as we could re - equip ...

The English reader: what every literate person needs to know

Diane Ravitch is Research Professor of Education at the Steinhardt School of Education, New York University. One of America's pre-eminent historians of education, her books include Left Back, The Great School Wars, The Troubled Crusade, The Language Police, The American Reader, and The Democracy Reader. She was Assistant Secretary of Education in the first Bush administration and was appointed to a federal testing agency by President Clinton.
Michael Ravitch is a freelance critic and writer. His work has appeared in The New Republic, Yale Review, and other publications. 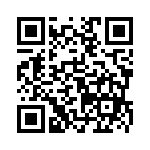