Norman Fiering is the author of two books that were awarded the Merle Curti Prize for Intellectual History by the Organization of American Historians and of numerous articles. Since 1983, he has been Director of the John Carter Brown Library at Brown University. 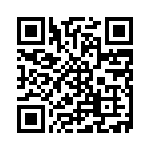