Pagina 328
“ The king , ” she writes , queen , She ' hopes , by such an unprece“ asked me many questions . " He was dented order as this is , that the king will aware of her comings and goings . The see , as few as he wishes at his court ...
Pagina 580
Pitt's letters to his his brother , Mr. W. Grenville , to make in mother , his correspondence with his friend the House of Commons , deserves , too , to the Duke of Rutland , and the king's letters be taken into consideration .
Pagina 582
Mr. cal position on the king's favor , and for the Wright , whose judgment is disturbed by a sake of retaining it had made himself the bias perhaps more violent than even that of king's tool when the king was manifestly in Lord John ... 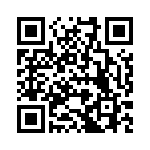