Samuel K. Cohn, Jr. is Professor of Medieval History at the University of Glasgow, an Honorary Fellow of the Institute for Advanced Studies in Humanities at the University of Edinburgh, and a Fellow of the Royal Society of Edinburgh. Over the past sixteen years, he has focused on the history of popular unrest in late medieval and early modern Europe and on the history of disease and medicine. Cohn's latest two books are Popular Protest in Late Medieval English Towns (2013) and Cultures of Plague: Medical Thinking at the End of the Renaissance (OUP, 2010). 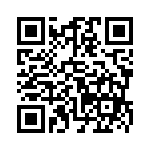