Pagina 87
... and which the prophet prays may not alight upon Israel ; but the form in which the clause is expressed suggests ... not introduce a contrast to , or qualification of , the two preceding clauses , but is rather parallel to them .
Pagina 122
But both these opening clauses are expressed unnaturally , and yield a forced sense ; and there is little doubt that the true ... The clause reads like an explanation of the more general words , the fierceness of Yahweh's anger , in the ...
Pagina 266
( some fifty MSS . , Ew . , Smith ) implies only 15x for 5 , and seems required by the following clause . Even so , however , the Heb . remains peculiar ' ; and We . , Now . , Marti conjecture that something has either fallen out ... 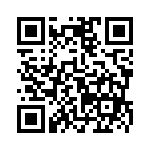