John Long was born in Chicago in 1941 and grew up in the suburbs. He graduated from the University of WisconsinMadison in 1963 and went on to study law at Stanford. In 1972 he moved to France with his wife Mary, and over the next 30 years they reared three children and restored four old houses, including two manors, for which they have won numerous awards. He received his Masters degree from the University of Angers, France, and was awarded a Doctorate in literature with high honors from the Sorbonne in 1981. His specialty is the Beat Generation. He and his family raise sheep on a large domain in the South of France. He is head of the English Department at the Albi campus of the University of Toulouse where he teaches English literature and American civilization. 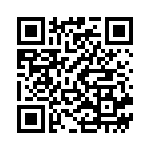