Roger Lewis is the author of The Life and Death of Peter Sellers ('His research here has staggering breadth and depth, as does his relentless power of insight tempered with humanity.' The Hollywood Reporter), which is being developed as a biopic by HBO, and The Real Life of Laurence Olivier ('A passionate and monumental celebration of a genius.' Arthur Miller in the Sunday Times), which has formed the basis of a documentary for Channel 4. His biography of Anthony Burgess is published by Faber, in November 2002. 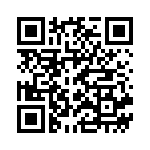